Oh, hey. I was just singing in my lovely bathtub. I like how you can choose either to bathe in warm water or cold water. So, allow me to describe myself. My name is Newton. I'm a lightbulb like person who once went to the evil side but I learned my lesson. I only take baths for some reason. Well I understand that showers waste less water but after watching this strange, and I tell you, strange episode, I quit showering. Here's how it all started.

In west side Bunkum, born and raised, in the craftworld was where I spent most of my days, chillin' out maxing' relaxing' all coola and all shooting some b-ball outside of the school when a couple of dogs who were up to no good, started making trouble in my neighborhood. I got in one little fight and my sister got scared and she said 'You're movin' with your other family in funnypasta world."

You're probably wondering why I went Bel-Air style. Well, I usually watch The Fresh Prince of Bel Air because I got HBO Max 2 days ago. Anyways dear reader, let me ask you something. Did you ever watch this show called Hilda? If you haven't seen it, Hilda is about a young girl who grows up with her mother in a cabin on the edge of a woods. Over the course of the series, she and her deerfox Twig, later accompanied by an elf named Alfur, and friends David and Frida, go on a number of adventures interacting with and befriending the mysterious animals and spirits that live in and around the city of Trolberg.

Now I have a strange obsession with this series. Why? Because Hilda's design is adorable and the way she talks is brilliant. So, let me discuss how I came across a very weird episode of the show. I have a new house in Funnypasta World. I live with a family in which their names are Mr Clown & Mrs Marionette, Marcell Toing, Jules Ferro, Karlene Sandoval, Stromboli, Greg Blakemen, Red & Yellow M&M and Ernie.

My family was all kind and much more. I was living with them for a few weeks when they sent me to Walmart to buy cheese for Marcell. The nearest Walmart was only 5 minutes away so it didn't matter. They also said I should get some groceries and other stuff for the week. Shopping wasn't hard for me. I only have trouble finding what I want/need in my dreams since anything comes in all shapes and colors. I went inside the Walmart and I bought myself some tasty cookies layered with Hostess cupcake filling. While I was in the cereal section, I saw Lucky the Leprechaun come out of his box and he said, "Where's the next box of Lucky Charms?" I pulled out this weapon called a paintinator and splattered Lucky until he ran away.

"Your lucky charms are not magically delicious!" I yelled at him. Then I was in the dairy section getting some milk when I saw a talking milk carton. Why is most of the food cursed? I don't know. I decided to end my shopping spree by visiting the DVD rack. It had a good selection. I browsed through the DVD's until I came across one that looked weird. It had a picture of Hilda who was getting ready for a bath since she was taking her shoes off. I was gonna assume that the DVD looked unfinished and they forgot to add more descriptions of it.

I bought all the groceries especially the DVD and went home. I got the items in the house and went to check the mail. Alec Baldwin asked if I knew where the nearest water park was. I told him that it was in the united kingdom. Before I closed the mailbox, I saw the Geico lizard in there. He told me that I need to switch insurance providers. "Get lost Godzilla!" I said to him.

Meanwhile, I recognized my family went on vacation and they told me to watch over the house for the week. Looking at the DVD, I had wondered how they were able to get a Netflix series on DVD. It could make sense because I saw a DVD of Green Eggs and Ham the last time I was at Walmart.

I sat down and inserted the DVD into my DVD player. The DVD started with a few commercials. The first one had the live action chipettes from Alvin And The Chipmunks just singing in the shower together. I guess that's what happened when I watched Alvin And The Chipmunks: Chipwrecked. The next commercial had Carl from The Prowler on a talk show with Joe Biden. Then it went to the DVD menu which had Hilda's face zoomed up all the way.

I pressed play and the intro started. It looked normal. The title of the episode was called The Bath Effect. It started with a shot of Hilda's new house at night. Hilda was just sleeping in her bed until she heard what sounded like songs by Linkin Park being played out loud. Hilda went downstairs to see what the commotion was about. When she got downstairs, her mother was dancing to Numb. She soon noticed Hilda was there. "Hilda, what are you doing out of bed?" her mother asked.

Hilda responded with, "Do you have any idea what time it is? It's 1:00 in the morning and you're blasting loud music." Then her mother said, "Oh, well I'm so sorry. You should head back to bed." Hilda said okay and went back to bed.

A time card came up and it said, "The Next Morning." A rooster crowed and Hilda got out of bed. "Good morning Hilda! Did you get the sleep you needed?" Hilda responded with. "I guess so. I just want to let you know that I now hate Linkin Park." All of a sudden, Hilda started sniffing her arm and she noticed that she needed either a bath or a shower. Hilda went for a bath.

We then transition to Hilda in the bathtub who was just singing some good ole Bobby Darin. Here's what Hilda sang:

🎵Splish splash, I was taking a bath. Long about a Saturday night, yeah. A rub dub, just relaxing in the tub, thinking everything was alright. Well, I stepped out the tub, put my feet on the floor. I wrapped the towel around me and I opened the door, and then A-splish splash, I jumped back in the bath. Well how was I to know there was a party going on. They was a-splishing and a-splashing, reeling with the feeling. Moving and a-grooving, rocking and a-rolling, yeah. Bing-bang, I saw the whole gang. Dancing on my living room rug, yeah. Flip flop, they was doing the bop, all the teens had the dancing bug.🎵

That's the best I could remember because Bobby Darin died years ago. Anyways, Frida and David who were Hilda's friends came in and told her that they like their singing. Hilda thanked them and she asked why they came over. David proclaimed that the water at their homes stopped working and they felt like brushing their teeth at her house.

Hilda kept repeating it while speeding past some people including Chef Freddy, Mr Broccoli, Pompidou, Sir Clooney, Mr Parks, General Asquith and others. All of a sudden, the cops came out of nowhere blasting their police sirens. Hilda did manage to stop by tripping on a rock. The cops had their pistols out. "Hilda, why are you running in the city completely naked? I want the truth and nothing but the truth."

Hilda said, "There was something in a bubble bath container that made me go completely crazy. I'm sorry officer." The police man replied saying, "Well, sorry won't fix your mistake, you've disturbed the entire neighborhood. We're taking you in." All of a sudden, there was a loud voice saying, "Stop!" I saw a man who was Muddy Grimes. He said, "Take billions of steps away from the british girl." The cops did as they were told. Muddy introduced himself and Hilda was given spare clothes that were just her size.

Muddy took her home after that and the episode ended there. Now I must say, I've learned somewhat of a lesson that you should be careful of what bubble bath you use. I decided to take the DVD back for a refund because of the crappy content placed in it. When I walked into the Walmart, I saw that everyone was a white mouse even the employees. I dropped the DVD on the floor and ran out. While I ran out to my car, I spotted my old friend Tara Strong who also recognized the city mice.

I just don't know what even happened. Was it national mouse day? I have no answers. Remember children, although baths seem fun, showers are more hygienic. Now let me sing you a song about water in the bible age.

:🎵God said to Noah, there's gonna be a floody-floody. Rain came down, it started to get muddy, muddy. Get those animals, out of the arky-arky.🎵 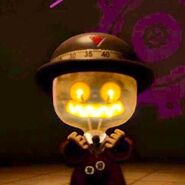 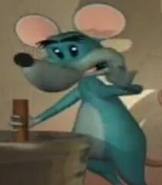 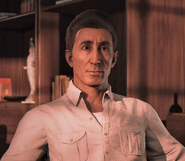 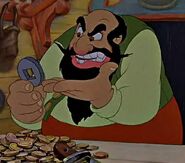 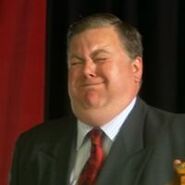 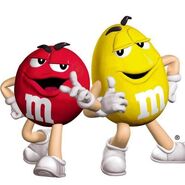 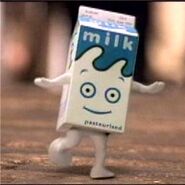 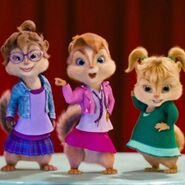 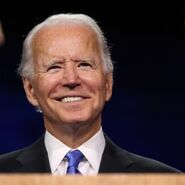 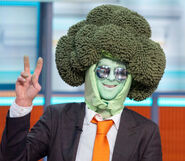 Tara Strong
Add a photo to this gallery
Retrieved from "https://cjaymarch.fandom.com/wiki/The_Bath_Effect_(Hilda_Lost_Episode)?oldid=15176"
Community content is available under CC-BY-SA unless otherwise noted.