I always loved the one, and only, Oobi. It was a show made by everyone's favorite Noggin creator, Josh Selig. It features Oobi and his pals (such as Uma, Kako, Grampu, and many others) in a show where they do some hysterical series of segments, game, and interviews. However, not everything is good in the world of Oobi, for there is a lost episode of Oobi that I found on tape the other day.

I was working as a bell hop for the Hotel Ivy. A 4-star hotel in Minneapolis that everyone goes to, either for vacation or if nobody has a place to go. While working with a man that's dressed like Randy from Oobi to a hotel room, I saw that he was holding a VHS tape, that said, as I read it as clear as the dawn of light, Oobi's Lost Episode, typed in the horrible Comic Sans MS font, and has a weird copyright date, which was 2012. Funny, so that makes no sense. I asked for the VHS tape, he said no, so I snuck behind him and grabbed the tape from him without noticing, as I ran to my work room.

Of course, nobody was in the work room. I was alone. So hey, maybe everybody else had the day off. I was more excited about watching Oobi on VHS! I hope it's funny! Well, the spark of hope was gone when I set up the TV, put the tape in the VCR, and pushed play.

The opening played, and it was...weird.

Oobi and the singer was crying the theme song, then he yells out "WHY AM I DOING THIS? THIS IS TORTURE!" The singer cries the theme song some more, and the end of the intro had Oobi, looking disappointed. He then yells in a more aggressive tone, "Oobi, No, Friends. Wooooooooo!" and instead of him chuckling, he vomits out red meat from his mouth. Then, the show starts. We begin with Oobi and Uma arguing, like some type of Italian/Spanish argument, and then when Oobi speaks, he says, "Oh, hi! We got a great Halloween Special tonight!" Wait, was this really a Halloween special? Curiously, I continued watching. Then when Randy appeared on the screen, Uma yells at him out of nowhere, "I'll show you how to make a Halloween special!" as he grabbed a propane tank, out of nowhere, and shoved the valve into his mouth! "Buck Strickland, forgive me for using propane for this." said a voice of Hank Hill, out of nowhere. Wait, was that the voice of Mike Judge, or an older man? Was Mike Judge even popular yet?

The second skit was with Kako, standing on one leg with a noose on his forehead, while holding a chicken. "Ladies and gentlemen," said Kako, "I will now shove this chicken up my fucking ass!" Woah, he cursed! And shoving the chicken up his ass? That's weird for a preschool show. And guess what, he literally shoves the chicken up his ass! He then yelled, "And next up, I'm gonna vomit blood!" and he vomited blood and red meat. I'm starting to think that this isn't a real Oobi episode, let alone a Halloween episode. We cut to Maestru and Inka in the balcony. Maestru said, "Man that sure was a pasta." Inka asks, "Well, why did you say that?" and Maestru responded, "Because it wasn't creepy enough!" and they laugh.

Next up, Angus came to the stage, and with a weird, angry German accent. "Do you want to know something unoriginal?" he yelled. "This episode is literally on VHS!" Wait, you mean this lost episode? THIS EPISODE?! Oh my god, I can't bel- well, I guess it was more of a satire. Then, he ran and kicked Tulla, and we see highly realistic blood, which could rip Josh Selig and his family to tears. This is when Nick was fucking the drums, and Uma was crying out of nowhere.

The next part scared the sh** out of me, and I mean, FOR REAL. (I hope red meat didn't come out of my ass.)

We see Grampu, but instead of his usual middle-aged sounding voice, he had a voice of a black man (which I didn't mind, I mean, I'm not ethnically racist or anything) and talked like a member of the gang. "Listen up, motherfucker!" said he, "I'm about to cook some chicken! Some fried chicken? And turn them into creepypastas, let them suck my dick!" What's with the cursing? Last time I checked, this show was for the whole family! I guess not. So he grabs a plastic chicken, and cuts it up with hyper-realistic gore. He impales the head, breast, and two legs of the chicken and eats it raw? Gross! I almost vomited. Then, he puts a gold chain on, wore sunglasses and wore gold teeth, and hard to believe this but, he started rapping, as he took out a SKR 700 boombox and a shitty beat started to play.

Yo, I'm Grampu and I'm here to tell y'all, do not eat at McDonalds or Subway, eat at Taco Bell, y'all, because they have tacos that will make y'all shit your pants, since them motherfuckers are 99 cents!

Meg Griffom from the show is a super skeleton! And I am Mr. Bones and I weigh a ton! $576, suck my dick! Do you wanna watch an episode of The Tick?

Ride Mr. Bones' Wild Ride and then I'll fuck you, just let me go ahead and eat my shoe! I'm Grampu and I got a dollar bill to buy a skeleton costume, for this ain't a drill!

Then, Kako appears out of nowhere and starts screaming, "OH MY GOD!" and shoves Grampu's chicken up his ass! "Now, I will be screaming bloody murder and crying for The Tick. Does anyone remember that TV show of The Tick?!"

Then, Randy appeared. Well, actually more like the guy that I stole the VHS tape from. Wait, it is him! Hell, he looks like him except more sinister. Oobi comes in and introduces himself to Randy, but then Kako starts screaming in agony some more! Maestru and Inka appear in the balcony again. Maestru said, "Looks like Kako is like an onion!" and Inka said, "Yeah, and that's why he has layers!" as they laugh, but more sinisterly. We cut to Randy drinking Mountain Dew soda, assuming that he's promoting Mountain Dew.

"It's not easy being green." Oobi said out of nowhere, as he took a taco, covered the taco meat all over his skin. The episode then faded to black, as I saw was a demon version of Crash, in the center of the screen. He said, "Happy Halloween, motherfuckers!" The last shot of the episode was with Oobi stuck with 1 million really fast-dancing skeletons.

I questioned myself on why I saw this episode. I mean, what was this trash? The recent episode of Oobi? This was how they would end Oobi? I mean, what the hell?

I hear a knock on the door. It was Randy (Performed by Kevin Clash himself). I tried to contact the police as he said, "No way to get to the phone. You're now a hand." I raised my left eyebrow, question what he meant. And yes, it means that he's gonna turn me into a hand. He grabbed the strings, trying to choke me, and I froze. Looks like I am becoming a hand.

He tangled me, and slammed my head to the wall! And the last thing I saw, before fainting, was Randy drinking Mountain Dew. Well, as the old saying goes... obey your master. 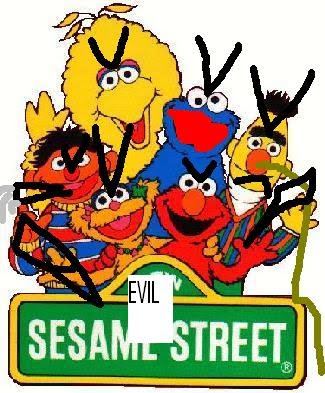 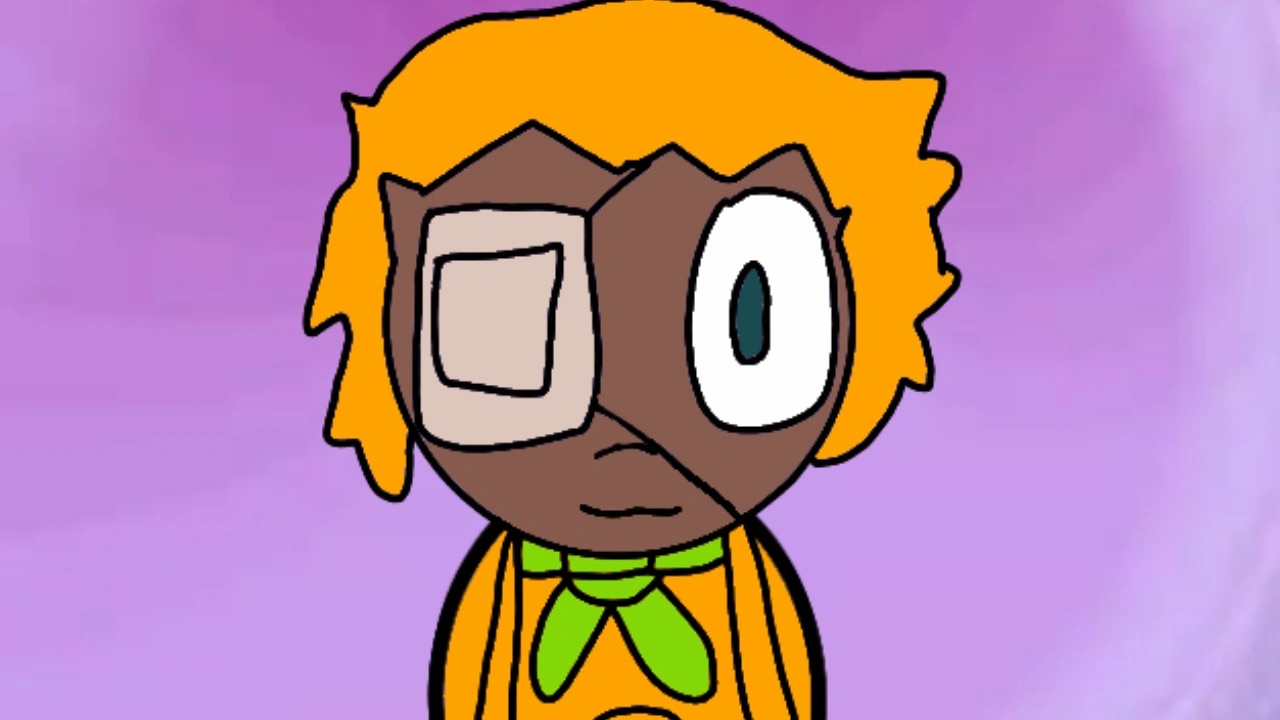