Hi neighbor, My name is Dr Blowhole and I live in New York. I once tried to destroy the penguins but I failed always! Oh boy, What is my real name? Well, Guess you can call me Flippy Bottlenose, I mean my blowhole is like a bottle's insides.

But this isn't a story about my body form. I'm here because of something that strangely happened. When I grew up, I was married to a person named Jane March. And I also have 4 children. Adrienne Forrester who is 14. Kyle Broflovski who is 10. Meatwad who is 6 and Ellen who is 5.

We live in a great city near a place called The Casagrandes Market. One day, My wife went off to work while I took my kids to school. The school that they go to learn at is cave academy. I was broke in the past as I took them there. I didn't have a job. I stayed home and paid my bills. It was easy, I only payed 1 type of bill each day. 2 hours later, I was in my car about to head off to Denny's for lunch because I haven't been doing shopping.

On my way home, I spotted a sign claiming that a yard sale was being held at The Casagrandes Market. They would sometimes sell video tapes each month. So I went there. When I got to the sale, I picked up some groceries to stock up my fridge and cabinets. Sometimes my pantry as well. I finally went to the VHS section. I saw tapes of movies that were cancelled such as Spider Man 4, The Mask II (Jim Carrey version), The Road to El Dorado 2, Dumbo II and further more.

I asked Ronnie Anne if they also sold TV shows too. And she said yes, She carried out a big box filled with 140 TV shows like Dora The Explorer, Peppa Pig, Spongebob and tons of other stuff. One VHS I found was titled, "Ni Hao Kai Lan: The Crazy Episode." Ronnie Anne claimed that the tape was crazy for her family. She let me have it for free. I took the other tapes I bought and drove home.

I wondered what was so crazy about this tape. I put the tape in my VCR and let it play. The video started with some previews for videos based on Dora The Explorer, Little Bear, Little Bill and Blues Clues from 2002. To be honest, I never saw Ni Hao Kai Lan. Then it cut to the Paramount feature presentation but it was all green.

The intro came on and it seemed normal. The episode was called Kai Lan's Crazy day. It started with Kai Lan taking a bath in her house as if she needed to scrub herself.

Then it cut to Rintoo, Who appeared to be holding a funeral for Sylvester Stallone. That was surprising because he is alive to this day. Kai Lan appeared but she was completely naked. Gross! Why would Nick Jr do such a thing like that? Next it showed a cartoon that showed a 2004 style of Kai Lan. Keep in mind that there was an original pilot for this show.

Then it cut to some sort of a Word From Us Kids segment. But that's usually seen on Arthur. After what seemed like 8 minutes, It cut to a black screen with a singing voice that sounded like a retarded Wilford Brimley. The song sang:

"MY GIRL, SHE HAS DIABEETUS! MY GIRL, SHE HATES DR FETUS! IF I WERE TO ROLL, I GUESS IT WOULD BE A TOLL! MY GIRL IS A FUCKING ASSHOLE! SHE PUKES ON MY FUCKING PENIS! OR SHOULD I GO TO VENUS! SHE HAS A DAMN CRUSH ON MIGUEL AND TULIO! AND SHE GIVES ME MY PILLIO!"

I can't believe it. That song was trying to be funny but it wasn't good in my opinion. I shut the VCR off and returned it to the market the next day,

Well, That is going to wrap up! So thanks for checking out!

The city i live in 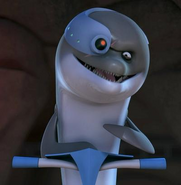 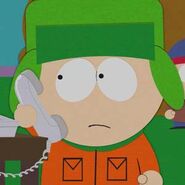 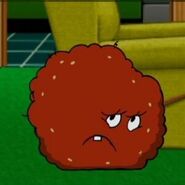 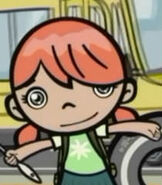 Ellen
Add a photo to this gallery
Retrieved from "https://cjaymarch.fandom.com/wiki/Ni_Hao_Kai_Lan:_The_Crazy_Episode?oldid=10947"
Community content is available under CC-BY-SA unless otherwise noted.