CJayMarch Wiki
Register
Don't have an account?
Sign In
in: Lost Episodes, Disney, Creepypastas narrated by DaveTheUseless,
and 3 more

Hello, my name is Remco. I am going to tell you a story about an incident that happened in the mid-2010s.

I was always into cartoons when I was little, especially Floogals. I would always jump and laugh when Floogals came on TV.

I stopped watching it after this incident I had. I think it was June 2012.

me and my brother lived in a 2 bedroom house as a result of the Great Recession a year earlier, and my 4-year-old brother had to sleep in my room, and I always used to wear headphones while playing quietly. We had to keep the TV on Disney Junior for some time, so he could sleep. He liked Floogals, and I loathed it. During Disney Junior Night Light, I saw the Floogals intro playing

It began with First Officer Flo Floogal in the spaceship. She was making strange noises. It sounded like the noises that theSplaatfrom one of the Klasky Csupo logos would make, but distorted.

Soon, Flo looked at the screen. She quickly jumped out of her seat and ran out of the spaceship. Then, the screen went to static for five seconds.

then it cut to the barn at night with every crystal gem in here, there's disco music playing on the background, then it cut to the inside of the barn, it was Arthur and Caillou dancing on some disco floor, and it cut to Misty and Pearl drinking, and Arthur came in saying How Is The Party? then, they both replied Good. until they both vomited and died, Pearl's gem in her head broke off, revealing a eye in there, and then Misty's knees were gushing blood from scraping on the concrete, Arthur Screamed What The F****k! I was shocked that a cartoon character said a cuss word. then it cut to Arthur called 911

FBI: *Knocks loudly on the classroom door* FBI OPEN UP!!!

FBI: YOU ARE UNDER ARREST FOR PEDOPHILIA AND RAPE, GET IN THE FUCKING CAR!!!!

Captain Fleeker Floogal: FUCK NO, THIS IS AMERICA YOU FUCKING PIGS!!!!!!

Captain Fleeker Floogal gets out an AK-47 out of his bag and begins to shoot at all the FBI officers, hyper realistic blood sprayed out of all of them and it was a bit scary.

Captain Fleeker Floogal: OK fools, since no one wants to fess up to being a fucking snitch, I guess I will have to kill every single last one of you fucking shitheads!

Captain Fleeker Floogal gets out a mini gun, and begins to spastically shoot at all the students one by one, they were all wiped out in a matter of seconds, and hyper realistic blood was all over the classroom, Fleeker then went on a rampage and shot everyone in the entire school, there was nobody left in the school besides Fleeker.

Shit, the FUCK was this episode?

Then it cut to a dungeon where Pinky Dinky Doo, Ash Ketchum, Thomas the tank Engine, Fluttershy, Brock, Misty, Togepi, Pikachu, Spongebob, DW Read, Mickey Mouse, Minnie Mouse ,Junior, Boomer, Floogal and Daphne Blake are with the creepy Sonic from Sonic.EXE in a revolving drum. All of them had black eyes, red pupils and sinister expressions on their faces. They began to sing. The singing was muffled, so I couldn't understand the words. After a while, the song became more clear and the voices of them now sounded like an old man with a gruff voice, and a little girl no older than four.

Praise thy Devil for he is thou

Let him possess unto thou For pain and torture are all we can see It's better you than him and me.

My Bonnie lies over the ocean, Oh, bring back my Bonnie to me.

Then, they paused. The video cut to a really dark surveillance camera room. There was a little girl and an old man in the room in fact, it was the same 2 people who voiced Pinky Dinky Doo, Ash Ketchum, Thomas the Tank Engine, Fluttershy, Brock, Misty, Togepi, Pikachu, Spongebob, DW Read,Wubbzy, Mickey Mouse, Minnie Mouse, Junior Boomer Floogal and Daphne Blake And Sonic.exe. I couldn’t make out what was happening, but I heard crying. It was actual crying, not acting. I could almost see. "Stand up," the man said in a gruff voice. "I SAID STAND THE FUCK UP SO I CAN RAPE YOU AGAIN!!!", the man shouted. You could actually hear the man rape the little girl. You could feel her pain as she was being forced to do something illegal. Her screams and cries echoed. Finally, the screams and cries stopped. "STAND UP, YOU FILTHY PIECE OF SHIT!" the man yelled. "I WANT MY MOMMY!", the girl cried. She was screaming. Out of the blue, a loud gunshot rang out. The girl continued to scream loudly. Five shots were fired. You could hear the whispering of the old man's voice: "Oh shit, what am I going to do with the body?" Then a chainsaw monster showed up and started slicing through the both of them. You could hear a chainsaw revving up and the screams of them both and blood splattering as it covers the screen as the monster started laughing. It sounded like a combination of an evil laugh and a chainsaw revving up.

I was scared. That almost made me turn the tv off.

It cut to a bunch of stop motion animation sequences of different angles of a plane crashing into the Statue of Liberty. I began to wonder how the girls rape and murder and the terrorism act connected together. It cut to pitch black. Suddenly, It cut to black at that second. It then faded in to a church. The bell rang in a distorted, deep tone. The sky was still blood red.

"Breaking News! President Bill Clinton is dead. He was killed this afternoon in a plane crash along with Vice President Al Gore, and 55 other government officials. Also on that plane was rock and roll legend Chuck Berry, and 40 other people. The plane was hijacked by five Al Qaeda members, whose names have not been confirmed yet.

This is a terrible, shocking day for not only the United States of America, but for the entire World. As you can see, we heard blood-curling screams coming from this plane crash, and called the police to investigate. However, all they found was a shattered television, a broken game console, and a torn up couch.

I claim to have heard something that sounded like a knife stabbing through flesh, and a small few even claim to have heard gun shots. However, none of this has been confirmed to be true, as there is nobody here. There are no bullet shells, knives, or even any blood for that matter.

Apparently there is one last piece of evidence that the officers missed in their original search, it is a pair of glasses. The only real distinguishing feature is that the glasses are unusually round. Other than that, they're just plain brown glasses, with one lens broken.

All we know now is that there is apparently a serial killer on the loose (or kidnapper), and a teenager who is dead or missing. Folks, that's all the recent information we received. Tune in the next 10 minutes for further details."

After that, the church set on fire and the radio static came back.

what the fuck was this episode saying?

Then it cut to Rasmus Hardiker the Voice actor of Fleeker, laughing at his desk with red blank eyes for the rest of the episode. His laugh is distorted and demonic sounding. The screen's color slowly disappears. Eventually, leaving a black and white screen of Rasmus Hardiker laughing.

The credits rolled silently and they weren't than fun to watch either. It was just white text in Comic Sans scrolling on a black background. I only recognized the names of half of the people in the credits, the other half were people that I had never heard of. The copyright date was 2010, the year that season 1 came out. as the credits ended, and changed to a post credit scene showing Luna The Moon from Let’s Go Luna smoking a cigar. She looked at the screen, with her Bloodshot eyes and said in a British accent, "this episode was pretty rad. But if you laugh take the fucking L!" “WHAT?!” i shouted out of my lungs The screen turned to static. I watched the static until it stopped after 4 minutes and then played a normal episode of Mickey Mouse Clubhouse. I started crying so hard from being scared. I mean, was this some sick joke?! BECAUSE THIS WASN'T FUNNY! Who knows what kid saw this, parents even. Or am I the only one who saw this?

This early reel was found in the house, were the creator of Floogals lives in, in the very old garage. i contacted DIC Entertaiment to see what the fuck they sent me. in exactly forty-five minutes, an intern replied.

Hello, thank you for contacting us about this episode. One thing, how on Earth did you find out about that? Listen, we're very sorry your dreams are now crushed. Basically, we didn't make this Episode. A person we fired made it, and he was always depressed. He was a very quiet staff, like quiet as a mouse. We didn't put the Old man and the 4 year old girl and everything in. We're not that sick.

I don't know about the 2010 thing. It was probably a goof or joke made by the creator of the episode.

Now, here's my theory. The creator of the episode hijacked the local TV station near [**********] (I censored the name of my hometown) and it aired on your local Disney Junior and Fox Kids and Jetix station.

I now have nightmares about this. i dreamt that Fleeker Floogal  was next to me and said "You are in my world and you can't escape." I woke up sweating, scared and sometimes even screaming.

I still have nightmares. I am writing this on my computer on this wiki. I just want people to know about my incident. I swear... I could see the saw monster out my window... staring right at ME. 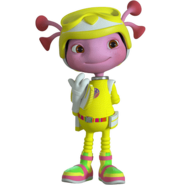 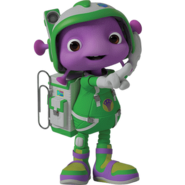 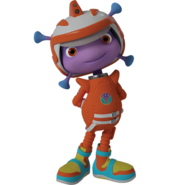 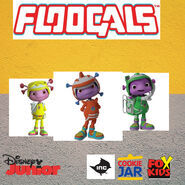 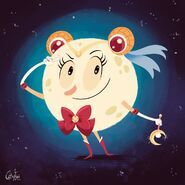 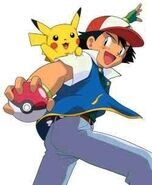 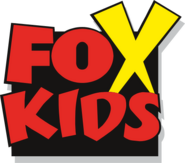 Notice to all YouTube readers (HoodohoodlumsRevenge, The Shadow Reader, etc.)

Please read this creepypasta! It is now finished!

Community content is available under CC-BY-SA unless otherwise noted.